At the end of 2018, five new and renovated classrooms opened their doors at Sint-Joris in Blaasveld.

Machiels Building Solutions carried out the work in four phases. The first phase involved adding a new storey to an existing building. An existing building was completely renovated in the second phase, while an additional storey comprising two classrooms was built in the third. The fourth phase involved the addition of an extra two classrooms built using timber-frame construction on top of the previously renovated building, including an external staircase to create as much space as possible. Due to the lightweight structure of the existing buildings, the entire project was carried out using prefabricated timber-frame construction components from Machiels Building Solutions.

This €700,000 investment (70% of which was financed by Agion) creates space for 66 extra pupils. "Given our school's rapid growth, we very much needed this extension," says Tom De Wachter, a staff member at the school.

"During the works, the school's two oldest classrooms, which were built at the end of the 19th century, were fully renovated. They were equipped with cutting-edge insulation and modern comforts, including a smart board. During the second and third phases, an extra three classrooms were built on top of our existing school buildings. We felt that being able to extend upwards was vital, as we have very little free outdoor play space, which is extremely important for children," continues De Wachter. 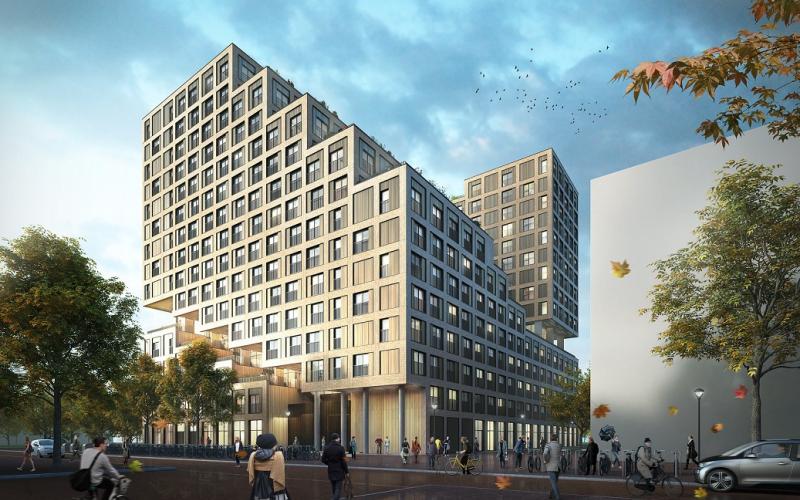